How were Holidays established?

As I grew up and the years passed, I think of Holidays as merely a day off from work and a time for Barbeques. However, rarely do most of us know why, how, or what caused a Holiday to be established. Therefore, I felt it appropriate  we learn a  history Lesson for September and why we have Labor Day. I will tell you up front that the U.S. Department of Labor does NOT mention this story and merely states that Labor Day, the first Monday in September is dedicated to the social and economic achievements of American workers a yearly national tribute to the contributions workers have made to the strength, prosperity, and well-being of our country.

Who is George Pullman?

Research states that George Pullman, of Pullman, Illinois, and owner of the railroad Pullman Cars, developed a model planned worker community in Pullman, Illinois, which he owned and rented to his employees/workers who built and operated Pullman Railroad Cars.

Panic of 1903 – Another depression

In the panic of 1893 (another severe depression) George Pullman laid off and cut the wages of many employees after the public quit traveling by Pullman rail cars and thus his income plummeted.

However, Mr. Pullman did not reduce the rent for the laid off and reduced pay workers who lived and rented from him in model community. As a result, many of the workers joined the American Railway Union (ARU), led by a man named Eugene Debs. The ARU members then determined to go on a wildcat strike and refuse to run any trains containing Pullman cars.

In retaliation, the railroads then began hiring replacement workers and many blacks, crossed the picket line to become employed, which greatly increased hostilities. The then US Attorney General, who was a former attorney for one of the railroads then used his influence with President Grover Cleveland and obtained an injunction barring the unions from striking. Federal troops were called in to enforce the injunction. Thousands of US Marshals and US Army troops moved in to enforce the injunction. The arrival of the military resulted in the wounding of many and deaths of some of the strikers. There was also excessive property damage.

After the conflict and deaths, President Cleveland and Congress then made reconciliation between the railroads and the unions a top priority and pushed through legislation for a holiday, and Labor Day became a Federal holiday in 1894 to honor laborers.

I find it ironic, that the Government instituted a Holiday after calling in the U.S. Marshalls and the U.S. Army . to force those workers to stop striking and then call for a Holiday to exhibit the strength and esprit de corps of the trade and labor organizations .

The Department of Labor website even goes on to tout that the observance and celebration of Labor Day should take was outlined in the first proposal of the holiday  “a street parade to exhibit to the public the strength and esprit de corps of the trade and labor organizations” of the community, followed by a festival for the recreation and amusement of the workers and their families.

In other words, lets beat them, kill them and force them to work to get those trains rolling and then we will set aside a Holiday to honor their esprit de corps.

And we celebrate this day as a Holiday????? I think we should call for its abolishment!  To Hell with Labor Day . I’m skipping it and going straight to Halloween! 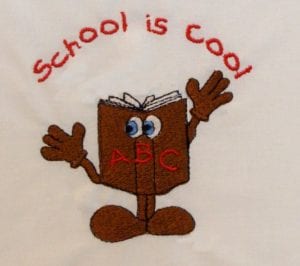